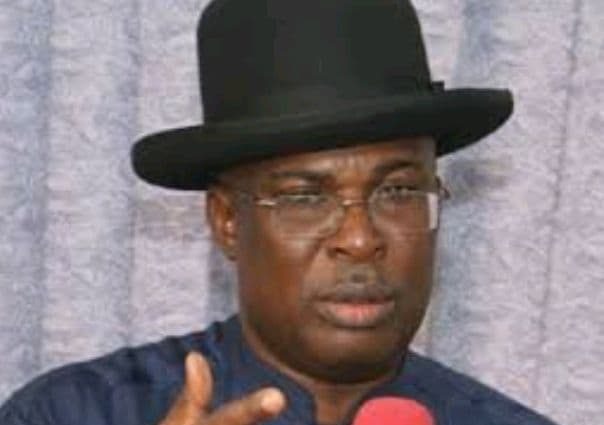 We Lose 400,000 Barrels of Oil Daily to Thieves, Says Minister

By: FRONTLINE REPORTERS
In: OIL & GAS

Statistics shows Nigeria as most notorious nation in oil theft

The federal government Monday lamented that the country loses 400,000 barrels of crude oil to thieves on daily basis.
The Minister of Environment, Mr. Mohammed Abubakar, disclosed this during a town hall meeting held in Abuja on how to protect oil and gas infrastructure.
Abubakar said with available statistics, Nigeria has become the most notorious nation as far as crude oil theft is concerned.

The Minister said, “The effect of vandalism of oil facilities has not only caused the nation loss of oil revenue, but the money that could have been used to develop education, health, housing and road, among others.
“Companies have also lost huge revenue as a result of the vandalism of the Trans Niger Pipeline, Nembe Creek Trunk Line and Trans Forcados Pipeline.
“Nigeria has lost approximately N4.75 trillion as in the four years between 2015- 2018 according to the estimates by the Nigeria Natural Resources Charter. This equates to the federal government having lost approximately three per cent of its revenue to oil theft.

“The several statistics emphasized that Nigeria is the most notorious country in the world for oil theft lost roughly 400,000 barrels per day dwarfing the second country, Mexico reported only 5,000-10,000 barrels per day. This is a difference of 3,900 per cent.”
The Minister of Information and Culture, Alhaji Lai Mohammed, whose Ministry organized the town hall meeting said the federal government spends N60 billion to repair vandalized pipelines.
Mohammed also disclosed that between January 2019 and September 2020, 1,161 pipelines points were vandalized in the country.
Among those who attended the meeting were the Minister of Niger Delta, Senator Godswill Akpabio, and Group Managing Director, Nigerian National Petroleum Corporation (NNPC), Mr. Mele Kyari.