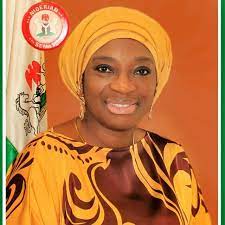 2023: I did not call Peter Obi ‘kindergarten president’ – Ekwunife

By: FRONTLINE REPORTERS
In: POLITICS

Ekwunife, who was at Uyo, Akwa Ibom State for the official flag off of the presidential campaign of the PDP, had said Nigeria doesn’t need a kindergarten president.

Ekwunife in a now viral video, while campaigning for the PDP President-General candidate, Atiku Abubakar, said Nigeria does not need one who will always remind the country of her problem, but one who knows how to solve it.

Many followers of Peter Obi in Anambra State had interpreted the video to be referring to Obi, the presidential candidate of Labour Party, LP.

Many supporters of Obi have been lashing at Ekwunife, who had before now, proclaimed herself as a political daughter of Obi, before the latter left the PDP for LP.

But in a press release, Ekwunife who seems to have realised her folly, has recanted, saying she was not referring to Obi.

In a press release by her media assistant, Mr Kingsley Ubani, Ekwunife said the video was being misinterpreted.

Ubani in the release said: “The Senator representing Anambra Central Senatorial District, Uche Ekwunife, earlier today stated that Nigeria needs a president that can transit its economy from consumption to production, adding that the country does not need a kindergarten president.

“Ekwunife, who spoke at the PDP Presidential Campaign flag-off in Uyo, Akwa Ibom state, was addressing Nigerians on the need to support her party’s presidential candidate, Alhaji Atiku Abubakar.

“The interpretation in some quarters that Senator Ekwunife was referring to the Labour Party Presidential Candidate, Peter Obi or the candidate of any other political party in her speech, is wrong.

“Senator Ekwunife’s statements were in line with the fact that Nigeria needs a president who is well rounded, and has the resume, experience, mindset and qualifications to lead the country out of the woods.”

Before this refutal by the respected Senator, she had come under verbal attack for allegedly making a disparaging statement against the presidential candidate of the Labour Party, Peter Obi.

Mrs Ekwunife was seen in a viral video during the presidential campaign flag-off of the Peoples Democratic Party, PDP, in Uyo, throwing a subtle jab at Mr Obi.

The Senator said that Nigeria doesn’t need a kindergarten president but an experienced person who could fix the challenges confronting the country.

The video of her comments had been trending on Twitter, with many supporters of Mr Obi calling her a sell-out.

Read the reactions below:

@itz_daddyjoe, said “Uche Ekwunife is against Mr. Peter Obi because of her selfish ambitions. We will collectively retire her.”

Another user, @novieverst, “People of Anambra State, do not vote for Senator Uche Ekwunife. She has disappointed you for years and will disappoint you again. It is time to move on from her. Mikano boys can cry”.

@Afamdeluxoo described her as ingrate who is trying to bite the fingers that once fed her.

“Ndi Anambra Central, Uche Ekwunife called Peter Obi a kindergarten presidential candidate today in Uyo while campaigning for Atiku. This woman is an ingrate, to be honest. So she cannot campaign for Atiku without disrespecting Peter Obi. Anambra Central, please do the needful.

But reacting to the criticism that trailed her comment, the senator in a statement by her media aide, Kingsley Ubani, said she was misconstrued.