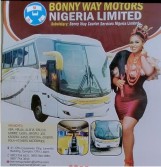 I sponsored killing of manager to cover up N2m loot, says the suspect

A petrol attendant with Mobil Filling Station, Ikire, in Irewole Local Government Area of Osun State, Adeshina Ayomide, has confessed that he sponsored the killing of Fatai Adigun, the manager of the filling station, to cover up a N2,170,000 loot.

The Osun police command who paraded Ayomide along other four suspects disclosed that the suspects have been involved in robbery, killings and also belonged to cultist society.

According to the police, the other four suspects also confessed that Ayomide sponsored them with the sum of N500,000 to kill the manager to cover up the fraud /misappropriation of the money which he was involved in sometime in the year 2018.

The police stated that the suspects carted away the sum of N100,000 after killing the manager.