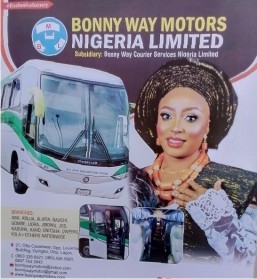 The Global Igbo Alliance (GIA) has described as unjust the continued detention of leader of the Indigenous People of Biafra (IPOB), Mazi Nnamdi Kanu, even as it called on the Federal Government and Attorney General of the Federation, Abubakar Mallami, to grant him unconditional release.

In a statement by its president and secretary, Dr. Christian Duru, and Mrs. Chinwe Eboh respectively, the group lamented that despite two recent decisive judgments in favour of Kanu’s defence and freedom, the federal government has remained adamant, a situation GIA described as most appalling and unjust.

It is also described as a cheap and fabricated ruse, the government’s claim that Kanu could not be released because of security concerns, insisting that such reasoning runs contrary to civilised norms by law-and-order nations.

GIA disagreed with the government’s position that Kanu’s release would heighten insecurity in the South East, arguing it would rather restore peace and security in the entire region because it would douse the tension that is building up and fulfill the legitimate expectations of Nigerians, both home and abroad.

The group also faulted the government’s argument that Kanu could not be released because he jumped bail earlier, describing such reasoning as preposterous and lacking justification.

“When the Nigerian military unleashed Operation Python Dance, which targeted his life and those of his associates, Kanu, in exercise of his rights to life and self defence, acted to save himself from the marauding hordes.”

GIA called attention to the recent ruling of the Federal High Court in Abia State, in favour of Kanu, stressing that even before the ruling, the Court of Appeal, not only ruled in Kanu’s favour, but also acquitted him of all the charges.

“According to the judgments, Kanu ought to have been released before any further legal steps are taken. The overall response of the Office of the Attorney General, and relevant Nigerian government agencies to Kanu’s victories are a calculated perversion of justice and total disregard for the rule of law and humanity.

“We call on the Federal Government to live up to its constitutional obligation/mandate by showing the people of the East Central states that they are equally protected under the same law that applies to all other citizens of Nigeria. The immediate and unconditional release of Kanu will provide the opportunity for optimum resolution that will promote peace and stability in the region. This resolution will contain the increasing tension in the East and bring an end to the current insecurity problems facing the region, some of which are perpetrated by Fulani herdsmen and other sponsored actors.”