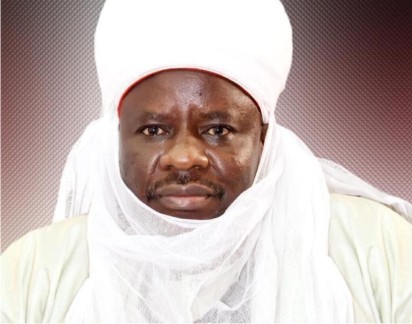 Ketare Development Association has felicitated with Kanwan Katsina District Head of Ketare Alhaji Usman Bello Kankara ‘mni’ on his five years of successful retirement from the Nigeria Customs Service after 35 years of service to Nigerian nation.

This is contained in a press statement signed by the chairman of the association Ibrahim Ismaila Ketare which described the Kanwan as worthy ambassador of Ketare district and katsina state.

The statement noted that Alhaji Usman Bello Kankara having served the state quota at the federal level, has contributed greatly to revenue generation for national development.

The statement recalled that the Kanwan Katsina 3rd was enlisted into the Nigeria Customs Service in the year 1982 after completion of his National Youth Service at old Bendel State where he rose from the rank of assistant Superintendent of customs to the apex rank of Comptroller of Customs.

During his career Usman Bello Kankara served at various commands and capacities in Nigeria which include kano/jigawa, FCT Abuja, Sokoto, Kebbi and also the Eastern Marine Command with headquarters in Port Harcourt, Rivers State where he successfully retired in 2017 to return home in Ketare district of Kankara Local government Area.

The statement further noted that since his retirement from the service, The Kanwan Katsina has continued to serve the people of Ketare District in Kankara Local Government in the areas of education, Health, Agriculture, facilitating issuance of National Identity Card and Voters Card.

It is in recognition of the selfless of efforts of Kanwan Katsina 3rd in attracting facelift to his people that the Ketare Development Association congratulated their ever performing traditional ruler, Alhaji Usman Bello Kankara on his successful 5 years of retirement and urged him to continue to work for the development of Ketare district.