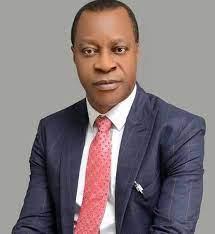 A frontline freight forwarder and Vice Chairman of the Council for Regulation of Freight Forwarders in Nigeria (CRFFN), Chief Henry Njoku has cautioned maritime journalists to always uphold the ethics of journalism profession when presenting their reports.

Chief Njoku who is also one of the patrons of the Association of Nigerian Licensed Customs Agents (ANLCA) said some journalists have not only been deliberately embellishing reports about the ANLCA with distorted facts, but also present their reports as if they are classified enemies of the ANLCA leadership.

“It is unfortunate some of these journalists even write as if they have customs licenses and practise as clearing agents. It beats my imagination why a seasoned maritime journalists will choose to report from an uninformed position and keep spreading deliberate falsehood, just to satisfy his paymasters” Chief Njoku retorted.

Fwdr. Chief Njoku who drew the attention of maritime press to this urgly trend amongst Lagos based journalists, advised the maritime media not to destroy the journalism profession by throwing the ethics of the noble profession to the bin, remarking that the difference between core professional journalists’ reports and those in the social media is lack of the ability to balance their reports.

Chief Njoku accused some maritime journalists of having vested interest in the affairs of ANLCA, thereby presenting reports about the association as if they are customs brokers.

“Even in the platform, removal of your name is at their whims and caprices, simply because they don’t like your views”, Chief Njoku remarked.

Recall that there have been various shades of opinion in relation to developments in the Association of Nigerian Licensed Customs Agents (ANLCA), especially on the purported tenure elongation by its current executives led by Hon. Iju Tony Nwabunike. The alarm was raised by the former members of the Board of Trustees (BoT), who have been ousted through expulsion by the association. The news was however escalated by media practitioners some of whom, as it appears, have perceivable taken sides.

The allegation was that instead of exiting office in April 2022, Nwabunike and his team had extended it to April 2023. However, the National President, Nwabunike, was quick to debunk the allegation by saying that there was nothing like that. He explained that their tenure would end in April 2023 and not this year as he said that the association amended its constitution, which now advocated for a single five years tenure starting with his regime. By implication, what this means is that rather than a President doing two terms of eight years, it is now one single term of five years.

Reacting in a similar, a very senior journalist and President of Maritime Journalists Association of Nigeria (MAJAN), Mr. Ray Ugochukwu recalled that as students, Journalists are taught to always listen to the two sides in a story and should never draw conclusions from just one side, adding that a thorough-bred reporter is schooled to investigate further by interrogating certain issues thrown up in a controversy. Unfortunately, some journalists appear to have taken sides in this ANLCA debacle without interrogating some of the unclear issues.

In all these, Ugochukwu said, some maritime journalists have taken dude and it is quite unfortunate.

“The question now: Is there really a tenure elongation in ANLCA presently? An attempt will be made to give an answer to this HUGE question.

Now to the point! By the amended ANLCA Constitution which came into effect on November 28, 2008, there is a provision on page 46, Section 32 for its amendment. It reads, “This constitution shall only be amended, altered or repealed wholly or in part by at least two-third votes of members of the association present at its general meeting”. From the foregoing, the association’s constitution can be amended with due process.

No constitution is static as the society is not too as there is always provision for adjustments. Findings show that the association has amended its 2008 constitution which now spells out a single five-year tenure for officers, especially the president. When the amendment took place last year, any dissatisfied member(s) should have gone to court to challenge that. If nobody did it means it has been fully accepted by all as a product of due process. If however, the matter was challenged and is still in court, it means the constitution still subsists until otherwise ruled. For now, it remains the grande norm of ANLCA until otherwise truncated by a lawful authority. As far as the Nigerian law is concerned as at today, the association has a valid amended constitution which prescribes a five-year single term in office. This is not tenure elongation by any means!

Therefore if the constitution has spelt out a single tenure of five years, starting with the current executives, it is not by any means tenure elongation. It is constitutional and therefore legal.

At the risk of sounding partisan, one should commend Iju Nwabunike to have accepted the will of the majority in the light of the amendment. As a sitting President he has the political and financial clout to muster enough support to make him enjoy two terms of eight years to exit in 2026. It can be said that Nwabunike is the most politically exposed person in the association and as such can always have his way if he wants to. He was the Secretary of Apapa chapter at a time; National Secretary of the association; pioneer Chairman, Governing Board of the Council for the Regulation of Freight Forwarding in Nigeria (CRFFN), former BoT member and now President. On two occasions he had unsuccessfully though, contested for the House of Representatives seat in Anambra State under the Peoples Democratic Party (PDP). This is a huge record by association politics standards! He could comfortably have enjoyed his eight years in office. With the amendment his stay in office has been cut short by three years. This is quite alien to a typical Nigerian politician!

Having resolved the issue of tenure elongation, more questions: One, were there some ANLCA members expelled? Two, does the association’s law have provision for such? Three, if there is, was due process followed in its execution?

Both the new and old constitutions of ANLCA have provisions for discipline. In reality, some members, especially those of the former BoT bloc, were expelled for alleged anti-association activities. Legally speaking and by implication, they no longer belong to the association and have no right whatsoever to query the constitutionality of the amendment. If the expelled members have challenged their expulsion in the law court, good and fine. But until their rustication is upturned, they remain non-members of the group, no matter how highly place. So also is the constant refrain by the estranged members that the National Executive Committee (NECOM) is illegal because it has been sacked through court injunction. If the same court from where one derives such a claim has not empowered him to execute the ‘judgment’, then the status quo remains.

Presently, there has not been any known bona fide member of the group that is protesting against the amended constitution and its contents. So, the constitution remains a legal document of the association. 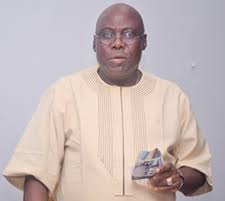 Agreed that the expelled members are among the movers and shakers of the freight forwarding industry, but by their current status in ANLCA, they have lost their voices as far as the association’s modus operandi is concerned. Until the law courts state otherwise, the situation remains the same.

Let it be pointed out that because one was not part of a process does not invalidate its outcome. Yes, among the expelled are personalities who had served the association in exalted positions but as at today, they are no longer members of the group. By law they have no locus standi in any ANLCA matter until the court reverses their status or they are recalled. Continuous poking into the association’s matters as things are presently would mean one branding himself a meddlesome interloper. It means one is delving into a matter that does not concern him!

It will be more appropriate for the estranged members to seek reconciliation with the house they joined to build rather than embarking on a continuous fight. It is gratifying that a letter has been written to the executives concerning reconciliation. This is heart-warming! However, unnecessary pokes into the association’s affairs when one has neither been recalled by the house nor the law courts, is merely rubbing salt on an injury. A concoction for the eye requires no pepper!